He shared his thoughts in HeForShe’s first gender parity report, published on Friday to coincide with the World Economic Forum Annual Meeting in Davos. The report reveals 2014 numbers on the representation of women across 10 companies including Barclays, Unilever, McKinsey & Company, and PricewaterhouseCoopers.

HeForShe is the UN’s campaign for gender equality. It says parity is defined at between 40% and 60% of each gender in a given role or group.

The report outlines the commitments companies are undertaking to improve gender parity in the workforce, but reveals almost all have some way to go — those that have a close to 50/50 split between men and women in the overall workforce, for example, have a low composition of females on the board or in the top 6% of the company.

Writing in the report, Bain said: “At Twitter, our goal is to attract and retain the highest quality of talent in the world. The science here is pretty simple. When you look at the various business studies that look at company performance and inclusion numbers, it’s just a fact, it’s not even a theory, that companies that are more mindful around inclusion perform better. I believe that it’s causation and not correlation.”

Twitter has already made a big, public commitment to improve the diversity of its workforce and has been reporting on its workforce composition each year since 2014 (so the numbers in the HeForShe report are out of date.) Back in August, Twitter outlined a number of goals it has set for 2016, including increasing the number of women at the company from 34% to 35% of the total, increasing women in leadership roles from 22% to 25%, and boosting the number of women in tech roles from 13% to 16%. 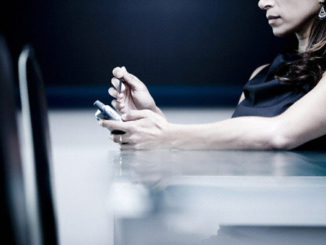 It’s Not Foot in Mouth Disease