Innovations resulting from science, technology, engineering and mathematics (STEM) fields have positively touched nearly every aspect of human life. Scientific innovations do not arise on their own; each is brought forth through the hard work and ingenuity of scientists. Therefore, the quality of the scientific research enterprise, and its ability to meet the needs of, and positively impact the lives of individuals, communities, nations and the world is inextricably linked to the individual “STEMists” involved. In my 16 years in science (from high school intern to postdoc at the National Institutes of Health), I’ve never encountered a person who disagrees with these statements.

On the other hand, I have often found much disagreement when the conversation shifts to diversity in science. While some enter these conversations with much enthusiasm, others view scientific workforce diversity efforts as antithetical to ideals of meritocracy–i.e. the notion that one rises and falls solely on their “ability” and that the “cream” of scientists will eventually rise to the top. I’ve also engaged with colleagues who have never explicitly thought about what diversity means or avoid the topic altogether knowing the controversy it can engender. Recognizing that many come to this conversation from different perspectives, I’ve decided to start my blogging for Voices with a primer on diversity in science: what it is and why it matters.

One challenge to conversations about diversity is a lack of precision in language. The word “diversity” is used in many contexts to mean many different things. Often, and unfortunately, diversity is used as the antonym of heterosexual, able-bodied, middle-class-to-wealthy white male. This is not what diversity is about. The New Oxford American Dictionary gives us this definition:

diversity |di’v?rsit?, d?-| noun: (a) the state of being diverse; variety:there was considerable diversity in the style of the reports. (b) a range of different things: newspapers were obliged to allow a diversity of views to be printed.

Diversity refers to difference. As such, diversity is a property of groups, not individuals. Although I am a black man in a field where less than 2 percent of research grants are awarded to blacks, I am not diverse. An individual cannot be diverse, but groups of individuals (e.g., the scientific research workforce) can possess diversity.

There are many dimensions of difference (hence, some of the confusion about what diversity means). I will focus on differences across social identity. These include, but are not limited to, race/ethnicity, gender, disability status, nationality, religious affiliation, sexual orientation and socioeconomic background. Every person possesses multiple, intersecting social identities. For some dimensions of social difference (e.g., nationality), the scientific enterprise has a considerable degree of diversity. In other ways, the scientific enterprise lacks diversity–especially as it relates the participation of women, certain minority groups, and people with disabilities.

Why does diversity matter in science?

1. Diversity is critical to excellence

In western cultures, our narratives about science often focus on the singular, “brilliant” scientist who makes substantial contributions through their innate genius–e.g., Albert Einstein or Isaac Newton. However, “scientific talent” is not innate. It is cultivated through many hours of training and effort. Moreover, teams, not individuals, conduct most scientific research. Thus, the narrative of the brilliant, individual scientist largely fails us in the modern research enterprise.

When we consider scientific research as group problem-solving, instead of the unveiling of individual brilliance, diversity becomes key to excellence. In his book, The Difference, Professor Scott Page lays out a mathematical rationale and logic for diversity. He shows that, when trying to solve complex problems (i.e., the sort of thing scientists are paid to do), progress often results from diverse perspectives. That is, the ability to see the problem differently, not simply “being smart,” often is the key to a breakthrough. As a result, when groups of intelligent individuals are working to solve hard problems, the diversity of the problem solvers matters more than their individual ability. Thus, diversity is not distinct from enhancing overall quality–it is integral to achieving it.

Of course, there are caveats. Two people can be from similar social backgrounds and have lots of difference in perspective and life experience, or two people can be from distinct social backgrounds and yet approach problem-solving almost identically. I get that. However, while it’s important to avoid essentializing people (i.e., saying that an individual’s descriptive social identity prescribes something about how they will approach life and problem-solving), people from different backgroundsdo, on average, tend to approach work and problem solving differently. These differences can bring new perspectives needed to promote innovation.

2. Lack of diversity represents a loss of talent

Again, scientific advancement relies on scientific talent. Scientific talent represents the end result of a process of potential being cultivated–by experienced teachers, mentors and colleagues–and hard work on the part of the individual. I’ve done many multisyllabic, very technical sounding things in my scientific career–from utilizing multiparameter flow cytometry to characterize signaling networks in hematopoietic and leukemic stem cells, to multiple logistic regression to study the enterpriseitself. I was not born knowing how to do any of them. All of my scientific work has resulted from hours of effort, the guidance of phenomenal colleagues and mentors, and exceptional access to resources.

While there are strong imbalances in the racial/ethnic and gender representation across scientific fields, there is no evidence to suggest that cultivatable scientific potential differentially segregates across lines of social identity. That is, there is no evidence that the ability to develop into a scientist differs across our socially constructed lines of identity (i.e., race/ethnicity, gender, etc.). Thus, the large and persistent underrepresentation of certain social groups from the enterprise represents the loss of talent. As NIH Director Francis Collins has said, chronic and woeful underrepresentation in the workforce leads to “the inescapable conclusion that we are missing critical contributors to our talent pool.”

Long-term economic growth is tied to scientific advancement, and scientific advancement relies on having a capable workforce. While there’s no evidence of wide-spread shortages in scientific talent today, there are reasons to be concerned about America’s ability to cultivate adequate domestic, STEM talent in the coming generations. Most children born in America today are non-white, and half of all children born are female. Thus, the continued underrepresentation of minorities and women in the scientific enterprise represents a challenge to the United States’ ability to, in the long-term, cultivate an adequate, domestic scientific workforce. It is hard to grow a workforce–let alone get the “best” workforce–when there’s broad underrepresentation of up to 75 percent of the potential talent pool.

Diversity refers to difference. Science workforce diversity refers to cultivating talent, and promoting the full inclusion of excellence across the social spectrum. Diversity leads to better problem-solving, expands the talent pool and is important for long-term economic growth. In future posts, I hope to shed light on the state of diversity in science currently and to share some thoughts about how we might better promote inclusive excellence.

* The views expressed here are the personal opinion of the author alone, and do not necessarily represent the positions of the institutions with which he is affiliated.

The views expressed are those of the author(s) and are not necessarily those of Scientific American. 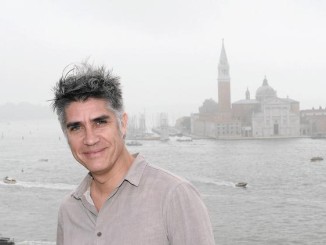 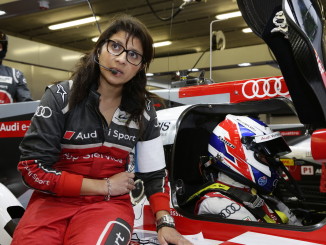 On The Track, The ‘First Lady’ Of Audi Calls The Shots 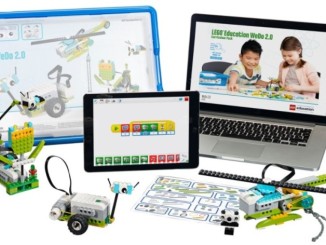